LeBlanc Consulting is a Safe Zone! 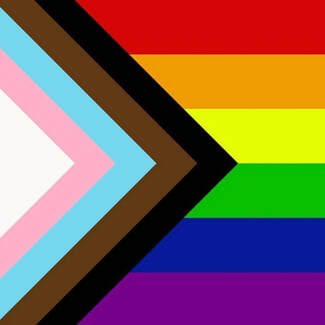 LeBlanc Consulting prohibits discrimination against employees, applicants for employment and students on the basis of age, color, disability, marital status, national origin, race, religion, sex, sexual orientation, or veteran's status. Discrimination in any form will not be tolerated; management and supervisory personnel, at all levels, are responsible for taking reasonable and necessary action to prevent discrimination.

​LeBlanc Consulting provides a Safe Space for all of our staff and clients, in fact our staff members are Safe Zone Trained. We know that freedom of gender choice is a fundamental human right! This is why we pledge to assure that we are a Safe Zone Trained Community.
​ 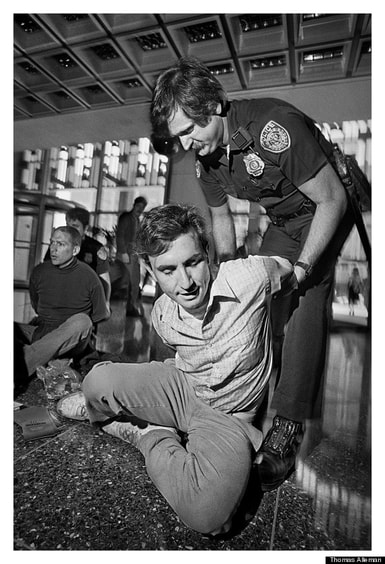 We have a strong belief in inclusiveness because we are the Rainbow Babies & Children from the 1970s & 1980s!

​Our founder and CEO, a proud "Rainbow Baby" both in terms of being a child born after a miscarriage and a child raised within the "Gay Community" now known as the "LGBTQIA+ community in San Francisco. In the 1970s since Gay men were not allowed to marry or adopt children as a result we were unofficially adopted by our "Fairy God Mothers" (Their choice of words, not ours) and in the 1980s we became some of the very few children running around Polk Street and the Castro.

Growing up as a rainbow child amongst so many beautiful people was a wonderful experience of constant excitement and the illumination of loving warmth. We attended protest, Gay Freedom Day Parades and night club events (Yes, they even took us to the Night Clubs). We participated in “gay-in” which took place in Golden Gate Park in the 1970s drawing hundreds of LGBTQIA+ folks from around the world. There was the feeling of Freedom like no other. We were there to witness a critical piece of history as we stood by our Aunt Amanda Hughes, to fight for LGBTQIA+ rights long before Harvey Milk was elected. Hughes (1955-1999) was a popular Vancouver and San Francisco jazz singer and philanthropist in the LGBTQ2S+ community.

After Milk was elected in 1977 to the San Francisco Board of Supervisors, becoming the first openly gay elected official in California history, it felt as though things were moving in a positive direction. Although they were already gathering in the streets to dance and party. Milk officially introduced "the Castro Street Fairs" which brought together artists like Carlos Santana, our founders Aunt Amanda Hughes, Roz Joseph, Harold Taylor, Patrick Cowley, Sylvester, Pearl Heart, David Sturdevant & the Medicine Ball Band with Randy Jackson, and many more.

Our founders grandmother Margret Hughes did her part by providing FREE room and board to those that were coming to San Francisco seeking freedom from persecution. Her part in providing home cooked meals and support while embracing the movement allowed many people in the community to get on their feet and get their start in the Bay Area. In the community, we created secret hand signals to inform others who we were and that we were "Safe" for them to be around.

When Milk was gunned down, along with our beloved pro-gay Mayor George Moscone, by fellow supervisor Dan White, on Nov. 27, 1978 it changed everything! After Milk died, the fight for Freedom became even stronger, and together, activists carved out a political presence that couldn't be ignored, which furthered the security and allowed the culture to flower even more fearlessly.

The People, including our CEO who'd lived through those years and folks who moved to the Castro and Polk Street in droves to join the party did not forget the joy and promise of liberation, even after the tsunami wave of HIV and AIDS crashed onto the neighborhood in the early '80s. We were still the same beautiful, brilliant, lovers-of-life that we've always been. However many died, were heartbroken, horrified, outraged, and that does take a toll on the spirit of any tribe.

We were left devastated as we lost almost half of our Castro and Polk street family to the AIDS epidemic and were traumatized by how many died. ​As a result, our CEO's Auntie, Amanda Hughes relocated to Canada in the mid 1980s where she became friends with KD Lang, Long John Baldry, Celine Dione and many more. Canadian singer, Amanda Hughes, performed “Reach for the Sky” the Official song of the Gay Games at the Opening Ceremonies.

Amanda Hughes, and Sylvester
Who are they and how are they connect with the work we do?

Our CEO's Aunts Amanda Hughes and Sylvester, were two well known singers in the Gay Community. In the 1970's and 1980's they were also advocates for LIBERTY & FREEDOM! The Gay Community wouldn't be what it is today without their important contribution.

Like her ancestors that came before her, our CEO continues the legacy of Community Services in remembrance of her loved ones. In addition, she contributed some of the family photos to museums across the world as a way of remembering her Polk Street and Castro Street Aunts, Uncles, and Fairy God Mothers.

LeBlanc Consulting has dedicated our hard work in the LGBTQIA+ Community to Auntie Amanda Hughes, Fairy God Mothers Sylvester, Lee, Harold, Stevan, Stephan, and all those that died in the fight for Gender Freedom! 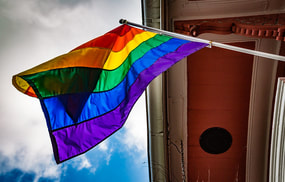 ​What is Safe Zone? 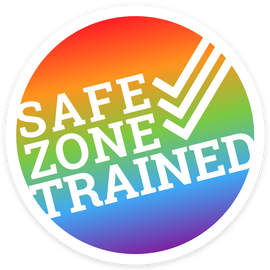 ​Safe Zone is a community of people who...
​

Safe Zone's Mission
LeBlanc Consulting has worked to develop a community of allies and provide support to lesbian, gay, bisexual, transgender, queer, questioning, intersex, and ally/asexual (LGBTQIA+) client, students, faculty, and staff with the ultimate goal of developing LeBlanc Consulting as a safe and welcoming place for LGBTQIA+ people.

The Safe Zone Resources and Manual
LeBlanc Consulting uses the Safe Zone Project CURRICULUM and ACTIVITIES to assist with training and educating our staff members. The Safe Zone foundational curriculum is recommended for all groups to introduce them to core concepts of marginalized genders and sexualities.In addition to curricula, the Safe Zone Project has a collection of individual activities have you covered for à la carte LGBTQ+ educational opportunities

LeBlanc Consulting has a resource manual for all Safe Zone members available upon request. Every staff member is encouraged to take time to read through the contents of the manual to become familiar with the information it contains. The manual can be a source of information so one may more accurately respond to the needs of individuals who seek support. Additionally, one may want to photocopy sections of this manual to give to someone else. The manual represents a small amount of the information that is available about gay/lesbian/bisexual issues. We encourage you to forward information to LeBlanc Consulting and title it "the Safe Zone project" if you would like information to be included in the manual. This manual is intended to be an ongoing project.

The operating papers for the Safe Zone Committee outline in more detail how this committee fits into the institution in terms of funding and reporting structure. In addition the operating papers provide information on the leadership positions for Safe Zone and how those positions are filled. If you have any questions regarding this information please contact a LeBlanc Consulting Human Resource.

Past and Current Chairs

What is the Rainbow Certificate Celebration ?Sometimes referred to as Lavender Graduation, Rainbow Graduation is a ceremony conducted to celebrate the achievements of any graduating lesbian, gay, bisexual, transgender, intersex, queer, or ally student.
A LeBlanc Consulting Staff designed and implemented the very first Rainbow/Lavender Graduation at the 2015 after being denied the right to participate in her children’s graduation ceremonies due to her sexual orientation.
​
Rainbow Certificate Celebration is…

An "Ally" is "a person who is a member of the dominant or majority group who works to end oppression in his or her personal and professional life through support of, and as an advocate for, the oppressed population." (Washington and Evans, Becoming and Ally) Allies to racial, religious and ethnic minorities have been remarkable effective in promoting positive change in the dominant culture, and only recently has their instrumental position been extended to the area of sexual orientation. The past few decades have witnessed the development of heterosexual Ally organizations which have attempted to make the culture of a campus or workplace more aware and accepting of gay, lesbian, bisexual, transgender, queer, questioning, and intersex individuals.

Resources for allies:
When a friend comes out
About stages in coming out

An Ally strives to…Be a friend; be a listener; be open-minded; have their own opinions; be willing to talk; commit to personal growth in spite of the discomfort it may sometimes cause; recognize their personal boundaries; recognize when to refer an individual to additional resources; confront their own prejudices; join others with a common purpose; believe that all persons regardless of age, sex, race, gender, religion, ethnicity or sexual orientation should be treated with dignity and respect; engage in the process of developing a culture free of homophobia, cisgenderism and heterosexism; recognize their mistakes, but not use them as an excuse for inaction; be responsible for empowering their role in a community, particularly as it relates to responding to homophobia; recognize the legal powers and privileges that heterosexuals have and which LGBTQIA+ people are denied; and support the ally program of their university or workplace.

As important as it is to define what an Ally is in a positive sense, it is also helpful to understand the boundaries of an Ally's role.
​
An Ally is NOT…Someone with ready-made answers; necessarily a counselor, nor is he or she necessarily trained to deal with crisis situations; or, expected to proceed with an interaction if levels of comfort or personal safety have been violated.

As a heterosexual/cisgender individual, how can you show support?